You found the right website if you are searching for homes for sale in Daly City CA. Our website has EVERY Daly City home for sale in California listed in the MLSListings Inc. MLS.

Daly City is the largest city in San Mateo County, California, United States, with an estimated 2014 population of 106,094. Located immediately south of San Francisco, it is named in honor of businessman and landowner John Donald Daly.

Daly City is bordered by the cities of San Francisco, Brisbane, Pacifica, South San Francisco, and the town of Colma. The city borders several unincorporated areas of San Mateo County. It surrounds Broadmoor, borders San Bruno Mountain State Park, the Olympic Club, and unincorporated areas near Colma. Seismic faults in and near Daly City include the San Andreas Fault, Hillside Fault and Serra Fault. Lake Merced is associated with the city.

Archaeological evidence suggests the San Francisco Bay Area has been inhabited as early as 2700 BC. People of the Ohlone language group occupied Northern California from at least the 6th century.[verification needed] Though their territory had been claimed by Spain since the early 16th century, they would have relatively little contact with Europeans until 1769, when, as part of an effort to colonize Alta California, an exploration party led by Don Gaspar de Portolá learned of the existence of San Francisco Bay. Seven years later, in 1776, an expedition led by Juan Bautista de Anza selected the site for the Presidio of San Francisco, which José Joaquín Moraga would soon establish. Later the same year, the Franciscan missionary Francisco Palóu founded the Mission San Francisco de Asís (Mission Dolores). As part of the founding, the priests claimed the land south of the mission for sixteen miles for raising crops and for fodder for cattle and sheep. In 1778, the priests and soldiers marked out a trail to connect San Francisco to the rest of California. At the top of Mission Hill, the priests named the gap between San Bruno Mountain and the hills on the coast La Portezuela (“The Little Door”). La Portezuela was later referred to as Daly’s Hill, the Center of Daly City, and is now called Top of the Hill.

Following the Mexican Cession of California at the end of the Mexican–American War the owners of Rancho Laguna de La Merced tried to claim land between San Bruno Mountain and Lake Merced. An 1853 US government survey declared that the contested area was in fact government property and could be acquired by private citizens. There was a brief land rush as settlers, mainly Irish established ranches and farms in parts of what is now the neighborhoods of Westlake, Serramonte, and the cities of Colma and Pacifica. A decade later, several families left as increase in the fog density killed grain and potato crops. The few remaining families switched to dairy and cattle farming as a more profitable enterprise. In the late 19th century as San Francisco grew and San Mateo County was established, Daly City also gradually grew including homes and schools along the lines for the Southern Pacific railroad. Daly City served as a location where San Franciscans would cross over county lines to gamble and fight. As tensions built in approach to the American Civil War, California was divided between pro-slavery, and Free Soil advocates. Two of the main figures in the debate were US Senator David C. Broderick, a Free Soil advocate and David S. Terry who was in favor of extension of slavery into California. Quarreling and political fighting between the two eventually led to a duel in the Lake Merced area at which Terry mortally wounded Broderick, who would die three days later. The site of the duel is marked with two granite shafts were the men stood, and designated is California Historical Landmark number 19.

Displaced victims of the SF earthquake, in front of a temporary tent shelter.
On the morning of April 18, 1906 a major earthquake struck just off the coast of Daly City near Mussel Rock. After quake and subsequent fire destroyed many San Franciscans homes, they left to temporary housing on the ranches of the area to the south, including the large one owned by John Daly. Daly had come to the Bay Area in 1853 where he had worked on a dairy farm, and after several years married his bosses’ daughter and acquired 250 acres (1.0 km2) at the Top of the Hill area. Over the years Daly’s business grew, as did his political clout. When a flood of refugees from the quake came, Daly and other local farmers donated milk and other food items. Daly later subdivided his property, from which several housing tracts emerged.

As some of the refugees established homes in the area, the need for city services grew. This, combined with the fear of annexation by San Francisco and being ignored by San Mateo County, whose seat far to the south left residents feeling ignored, created a demand for incorporation. The first such attempt was proposed in 1908 for incorporation as the city of Vista Grande. Vista Grande would have spanned from the Pacific to the Bay, with San Francisco as its northern border and South San Francisco and the old Rancho Buri Buri as its southern border. The proposal was rejected over the scope of the planned city, which was too broad for many residents. The initial proposal also revealed rifts in the community among the various regions, including the area around the cemeteries, who were excluded from further plans of incorporation. On January 16, 1911, an incorporation committee filed a petition with San Mateo County supervisors to incorporate the City of Daly City. The city would run from San Francisco along the San Bruno Hills until Price and School streets with San Francisco and west to the summit of the San Bruno Hills. The city would have an estimated population of 2,900. On March 18, 1911, a special election was held, with incorporation narrowly succeeding by a vote of 132 to 130.

It remained a relatively small community until the late 1940s, when developer Henry Doelger established Westlake, a major district of homes and businesses, including the Westlake Shopping Center. On March 22, 1957, Daly City was again the epicenter of an earthquake, this one a 5.3 magnitude quake on the San Andreas Fault, which caused some structural damage in Westlake and closed State Route 1 along the Westlake Palisades. In 1963, Daly City annexed the city of Bayshore. The Cow Palace, located in Bayshore and now within the city limits of Daly City, was the site of the 1964 Republican National Convention. The Daly City BART station opened on September 11, 1972, providing northern San Mateo County with rail service to downtown San Francisco and other parts of the Bay Area. The line was extended south to Colma in 1996 and then to Millbrae and the San Francisco International Airport in 2003.

Neighborhoods of Daly City include Westlake, St. Francis Heights, Serramonte, Top of the Hill, Hillside, Crocker, Southern Hills, and Bayshore. Westlake is notable for its distinct architecture and for being among the earliest examples of a planned, large-tract suburb; it was the inspiration for Malvina Reynolds’ song, “Little Boxes.” Bayshore, the easternmost neighborhood of Daly City, was once an incorporated city, Bayshore City, until being annexed to Daly City in 1963. Bayshore remains somewhat disconnected from the rest of Daly City; to drive from Bayshore to any other part of Daly City, one must drive through San Francisco via Geneva Avenue or through unincorporated San Mateo County via Guadalupe Canyon Parkway. Several Daly City neighborhoods, such as Crocker, Southern Hills, and Bayshore, share a street grid and similar characteristics with adjacent San Francisco neighborhoods, such as Crocker-Amazon and Visitacion Valley.

Several neighborhoods associated with Daly City lie outside of its city limits. Broadmoor is an unincorporated area completely surrounded by Daly City. Colma is an incorporated town sandwiched between Daly City, South San Francisco, and San Bruno Mountain. These enclaves are in charge of their own police and fire services, but also share some services with Daly City.

The Cow Palace arena grounds straddle the border with San Francisco and is the home for the annual Grand National Rodeo, Horse & Stock Show. It has hosted diverse events such as concerts by the Beatles, the NHL San Jose Sharks hockey team, the short-lived IHL San Francisco Spiders hockey team, and two Republican National Conventions (in 1956 and 1964).

Century 20 Daly City is a modern megaplex movie theatre opened in 2002 as part of the Pacific Plaza business and retail development.

Several golf courses are located within or straddle the border with San Francisco. The Olympic Club is designated to host the USGA U.S. Open in 2012, hosting the U.S. Open four times previously. The private San Francisco Golf Club and Lake Merced Golf Club have part or all of their course in Daly City. The Golden Gate National Recreation Area includes the city’s Thornton Beach. The topography of this area (due to the San Andreas fault) is conducive to paragliding and hang gliding.

Daly City and neighboring Colma have emerged as shopping meccas for San Francisco residents. A combination of plentiful free parking space (compared to the constrained and expensive parking options in San Francisco) and San Mateo County’s historically slightly lower state sales tax rate have contributed to this trend. Many big box retailers that are unable to operate in San Francisco due to real estate prices, space restrictions, or political / community opposition have opened stores in the Serramonte and Westlake neighborhoods. Daly City’s shopping centers are Serramonte Center and Westlake Shopping Center.

The U.S. Census Bureau has identified Daly City as among the cities with the highest transit ridership. Public transportation is provided by SamTrans, BART (at the Daly City Station and the Colma Station, which abuts the Daly City limits), and some San Francisco Muni lines. Daly City is approximately eight miles south-west of downtown San Francisco and the San Francisco International Airport is nine miles south-east of Daly City; both are easily accessible by freeway or BART. In the 1980s planning was conducted for the BART extension south from San Francisco, the first step being the Daly City Tailtrack Project, upon which turnaround project the San Francisco Airport Extension would later build 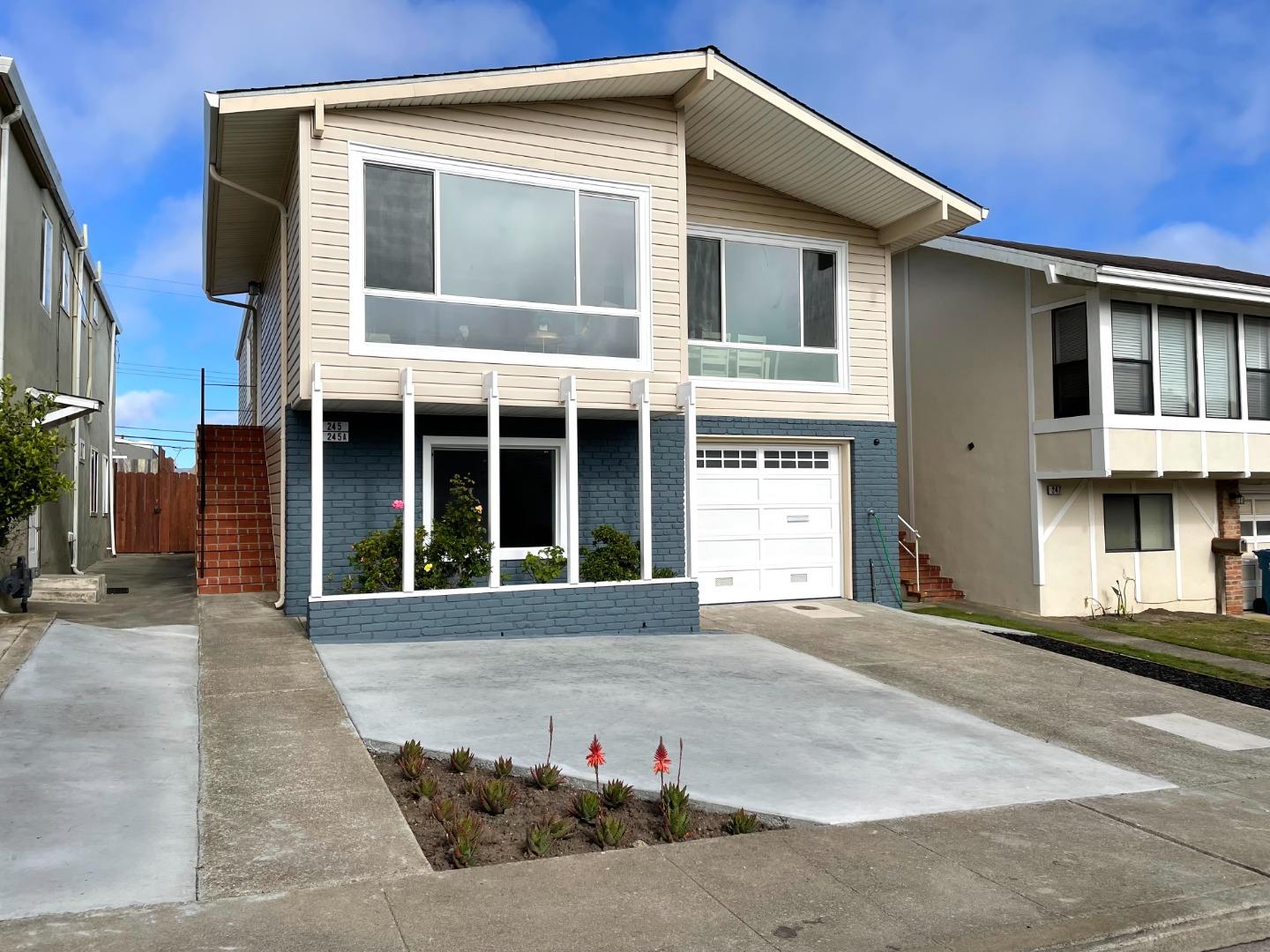 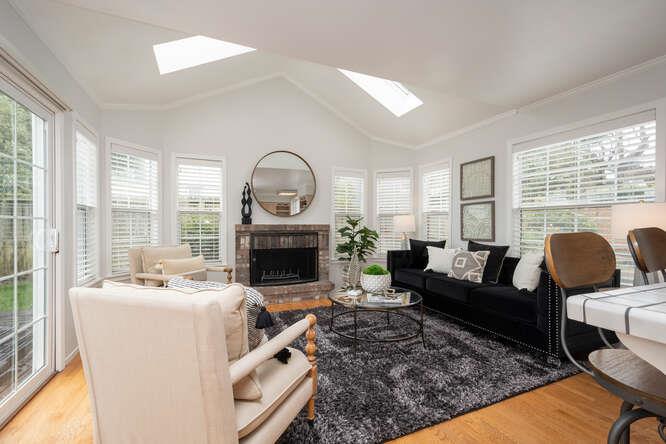 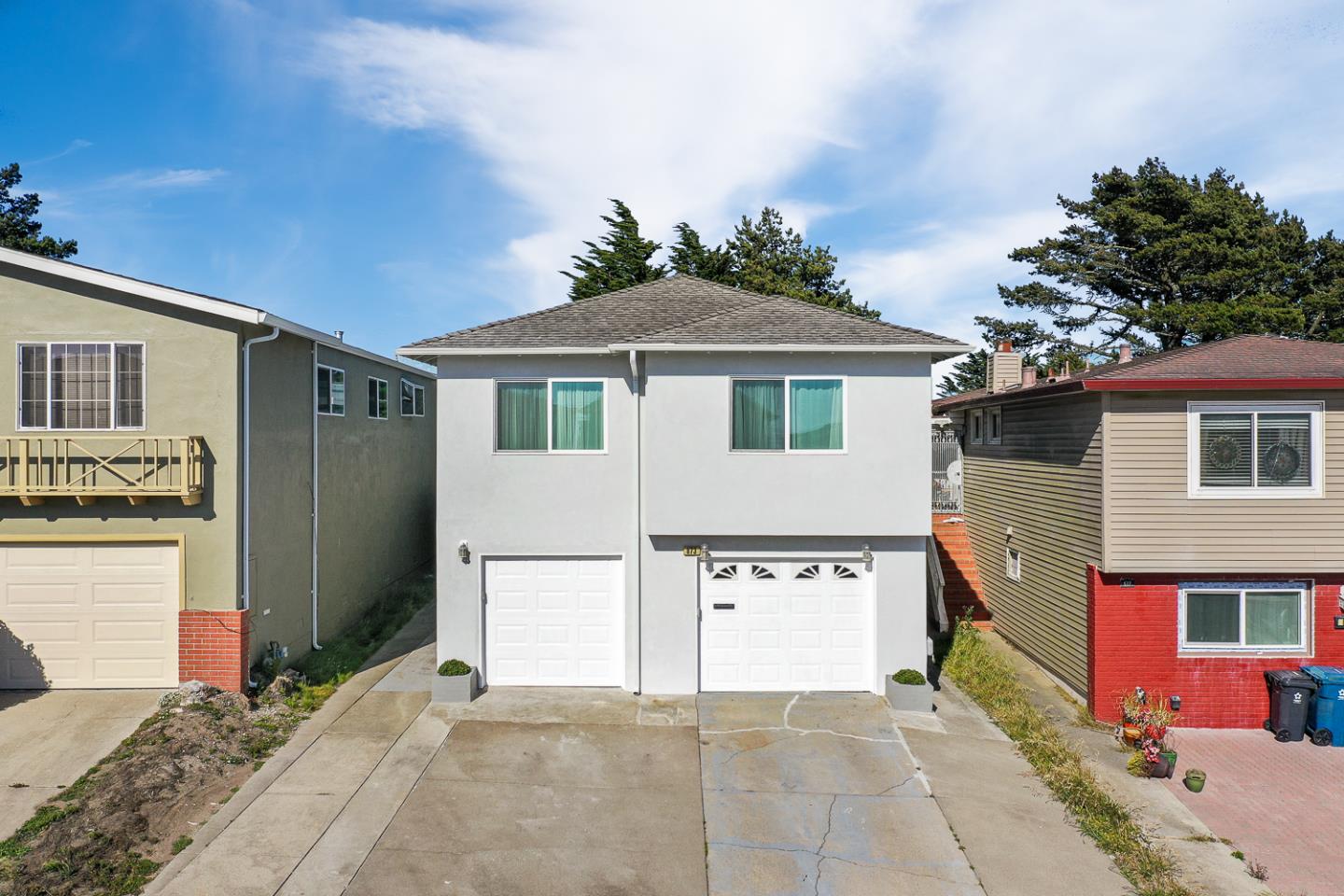 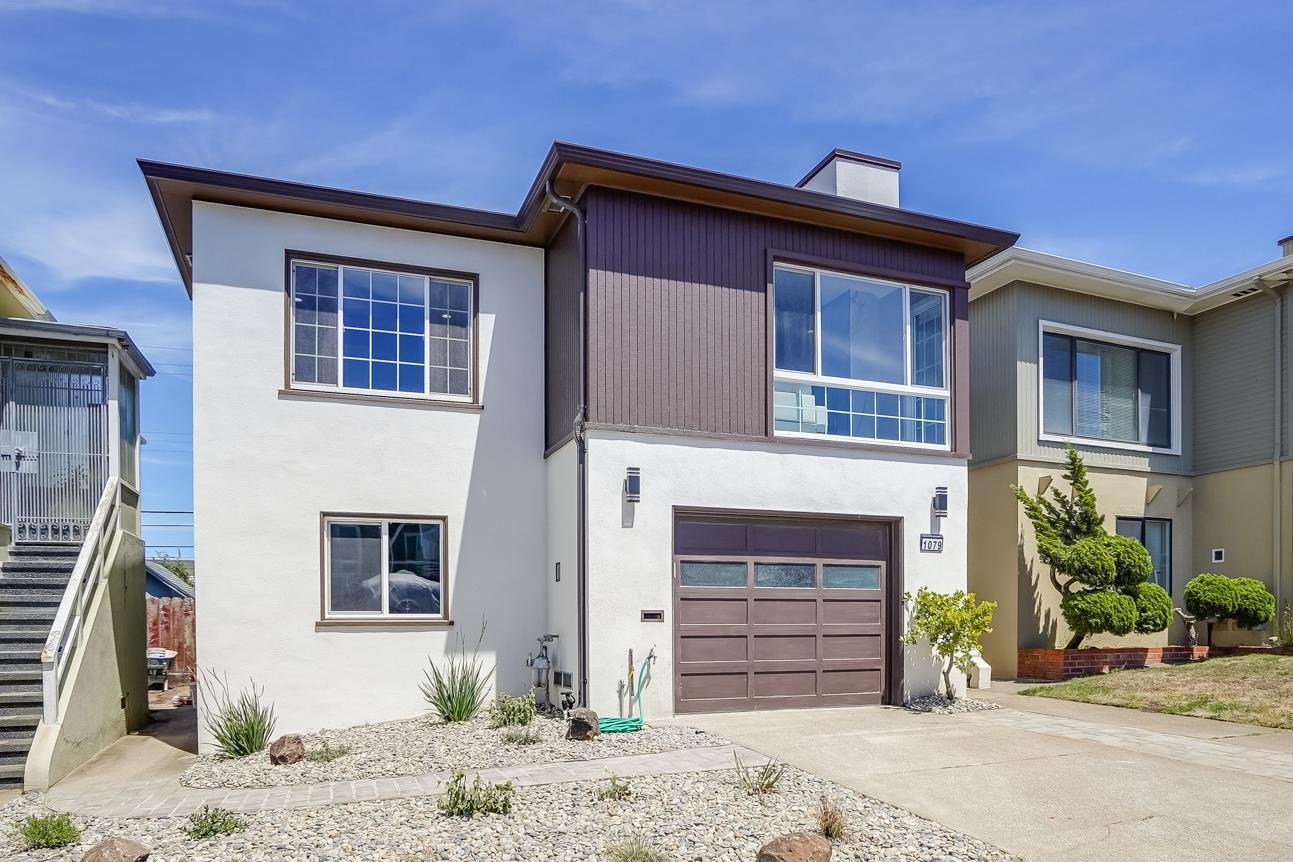 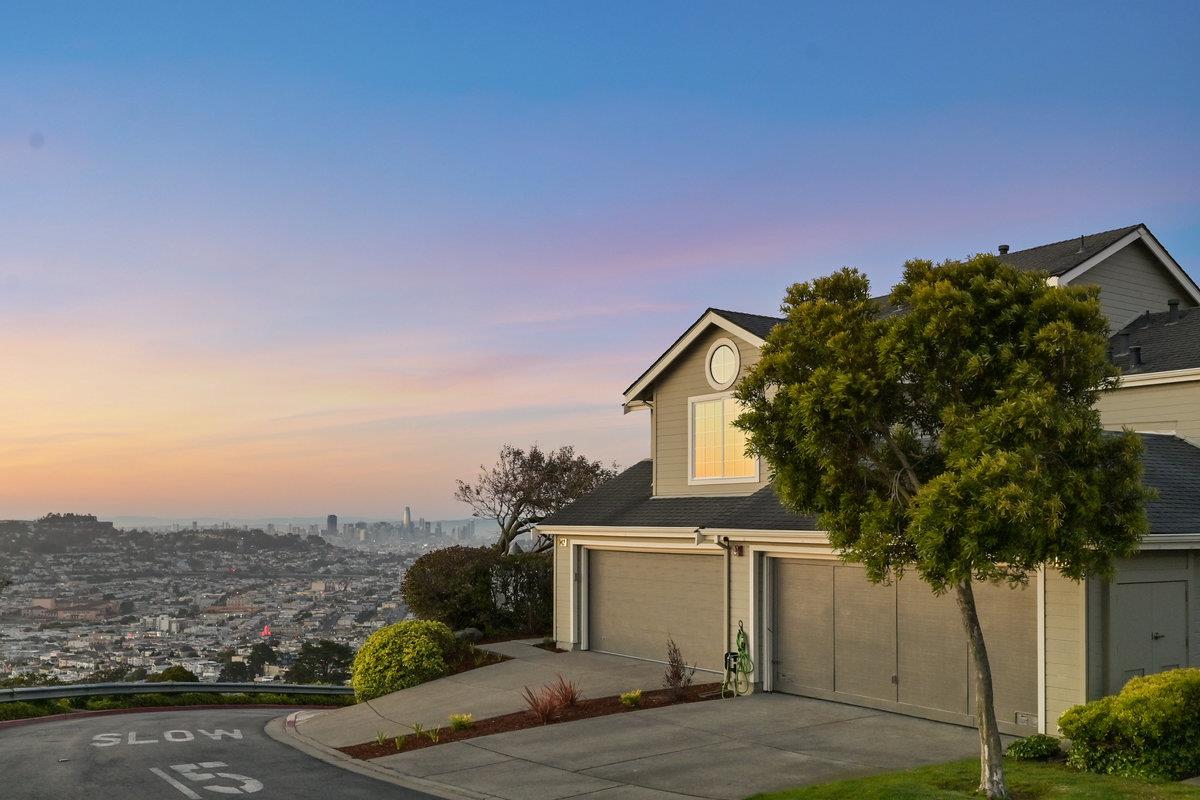 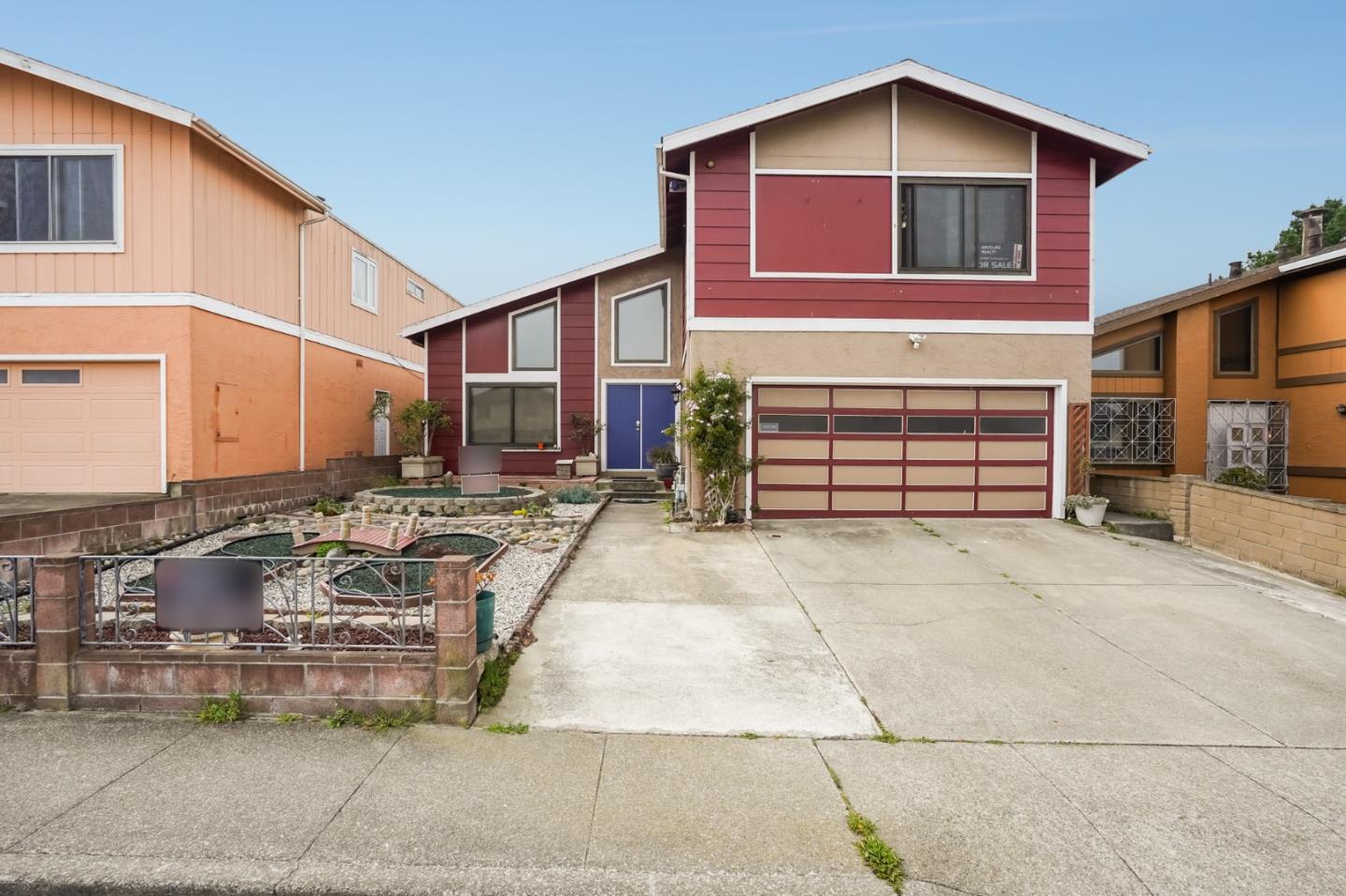 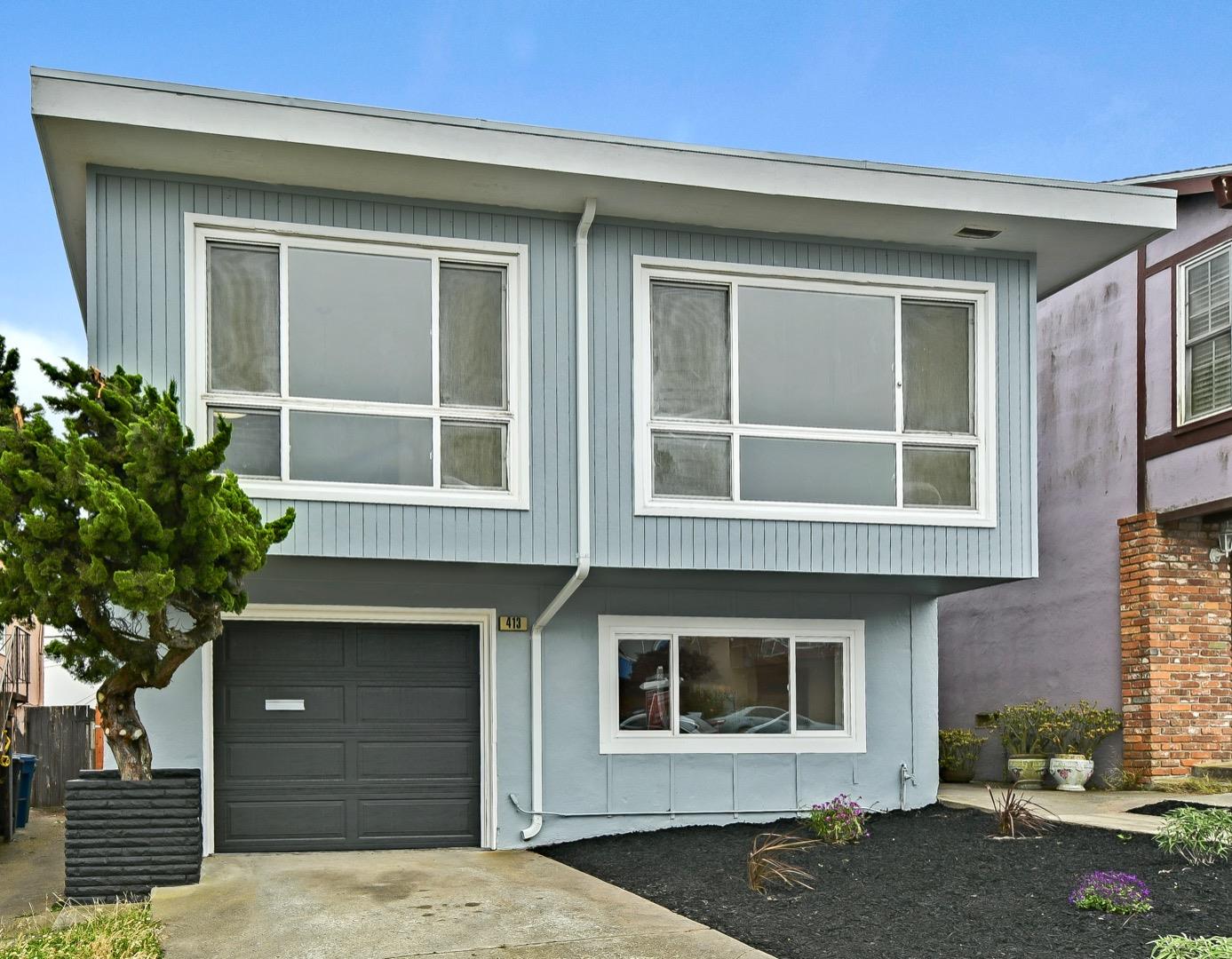 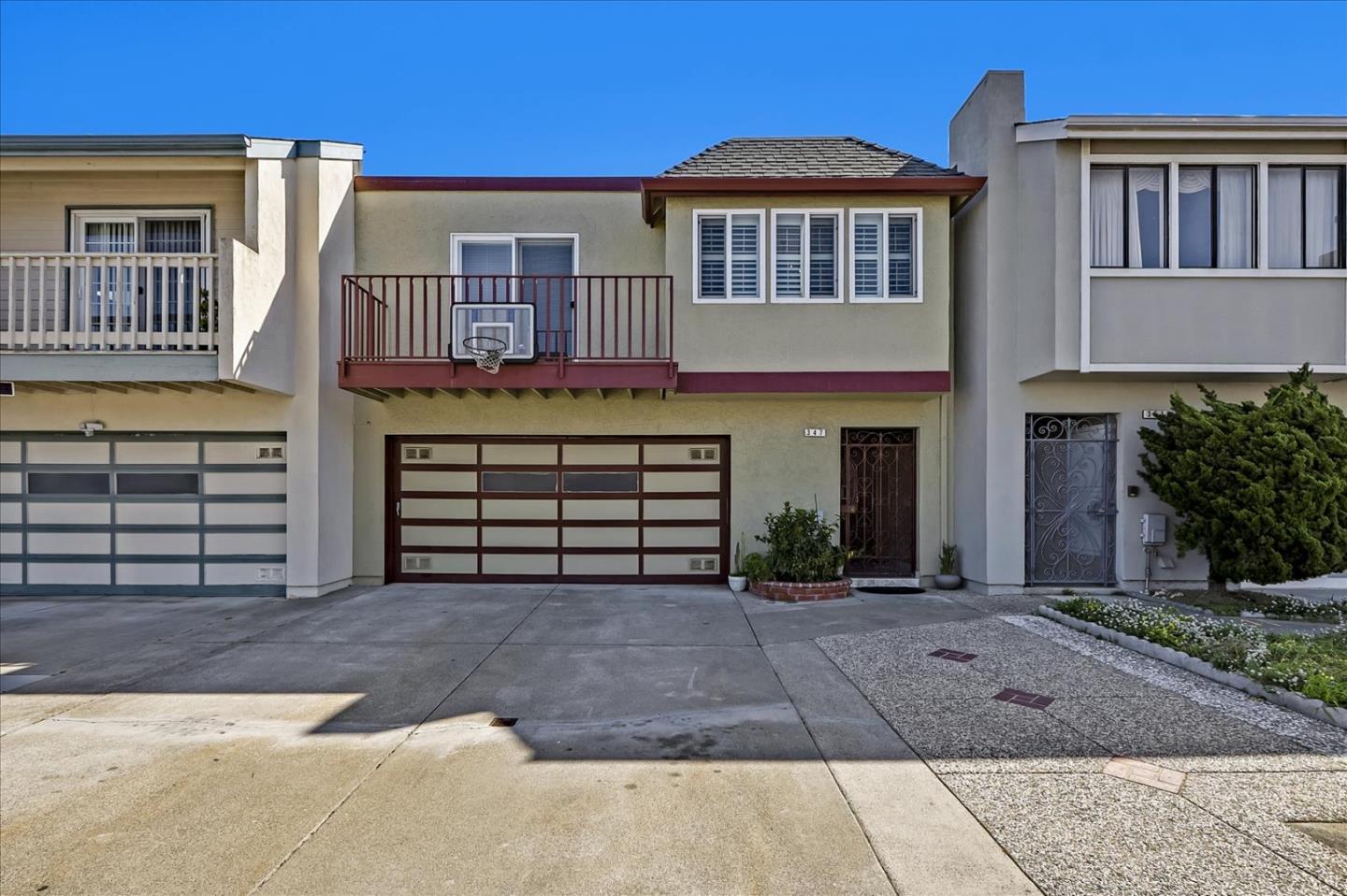 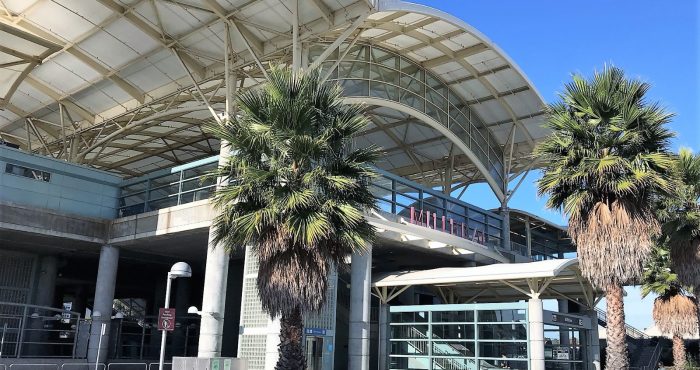 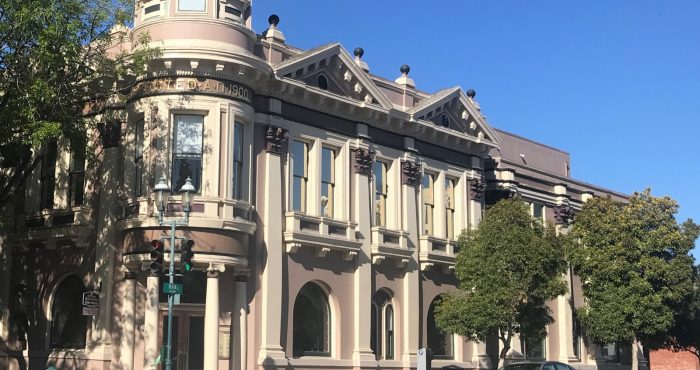 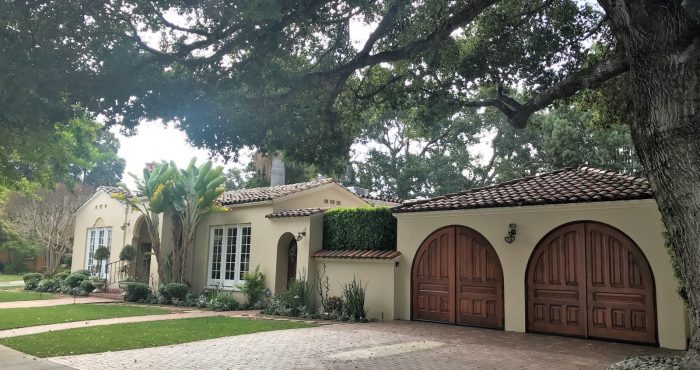 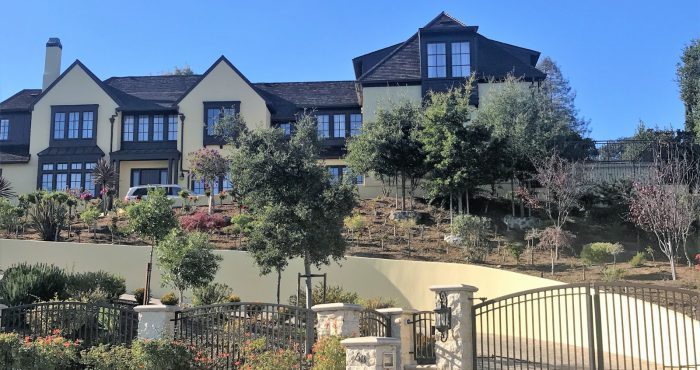 Below is the very Popular Foster City Market Trends Article by Zillow. This news feed provides a … END_OF_DOCUMENT_TOKEN_TO_BE_REPLACED